HOBO WITH A SHOTGUN 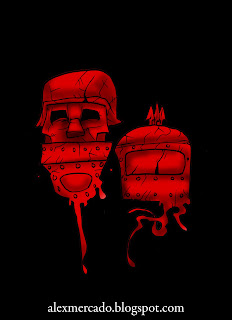 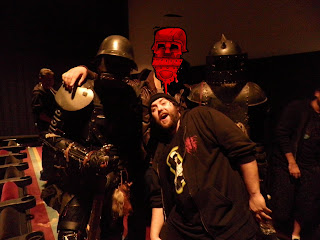 (Director Jason Einsener below, the plague, and I)

Got to see the awesome HOBO WITH A SHOTGUN
this weekend. Met director Jason Eisener, and chat
with him a bit about making the film, I also got to
hand him an uncolored version of this sketch of two of
the villains from the film. THE PLAGUE. The actual
creator of the plague really liked the art as
well so that was cool... below is the trailer for the film.
NSFW!

Posted by alexmercado at 5:20 PM