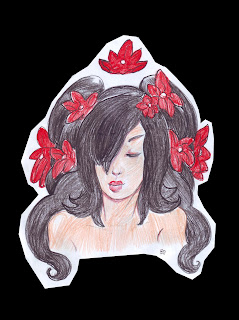 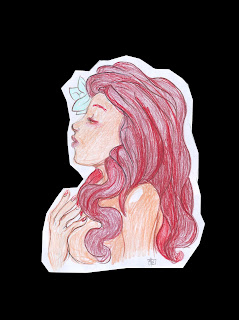 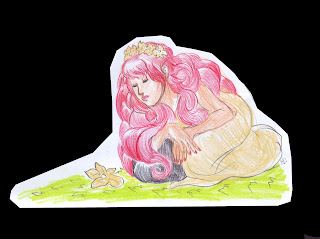 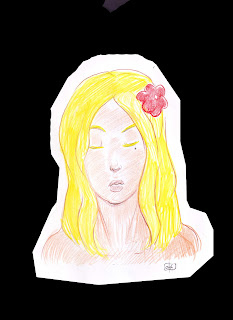 Posted by alexmercado at 8:43 AM No comments: 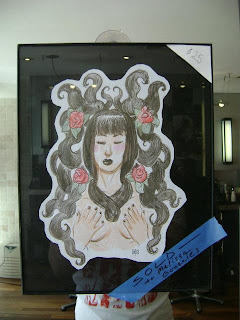 Here's a piece I sold at the TREND show.
Posted by alexmercado at 9:24 PM 2 comments: 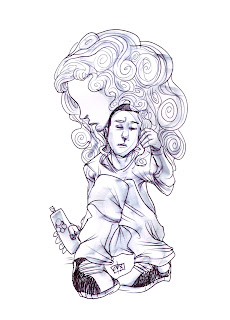 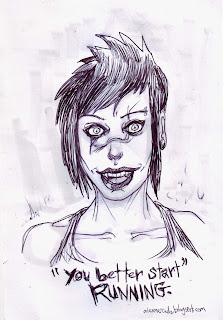 So I did a quickie sketch of one of the human antagonists
from the amazing audio drama podcast "WE'RE ALIVE."
http://www.zombiepodcast.com
I can't stress enough how much you should listen to this

series. Anyway, SCRATCH is a really really villainous
character in the series. That of course goes with the
great writing of the WA staff and actress Jenna Mccombe.
SCRATCH is brash, angry and short tempered. I don't want to come
off sexist of course, and be like "wow, what a humongous bitch."
It's not a factor of gender, but how irritatingly antagonistic she it.
I listened to a recent interview with Mccombe, and much like in reality
the actress is nothing like their character. It gave me a deep appreciation of
the work she does to portray this character.

As in how to draw SCRATCH, I always felt there was a punk rock
aesthetic to her. When I saw the official picture of actress mccombe
on the We're Alive site, she had the girl faux-hawk (which I love on women)
and it fit in my mind what SCRATCH would be wearing to begin with.
I wanted her to come off as a bit frightening, yet still feminine.

I made sure she had light eyes, in my head, hazel or yellow. originally
her eyes pointed downward as if she were speaking into a CB radio,
then I realized it would look strange, so just cut and pasted them to
look forward. I wanted very full lips (just because i like it!)
because she is an alpha-female, so her beauty and strength would be hand in
hand. Of course, when she gets angry the beauty twists. As for the scar,
I always like putting scars on faces, and over the nose generally. In one
of the episodes it was confirmed by another character (well, in my mind)
that the scar is indeed over her nose. I made her mouth larger just to make
her a bit more predatory, an eyebrow piercing to keep the punker look.

This is more detail than usual for a 10 minute sketch,
but I really, really like the show. You should listen.
Posted by alexmercado at 8:57 AM No comments:

pieces at the trend show 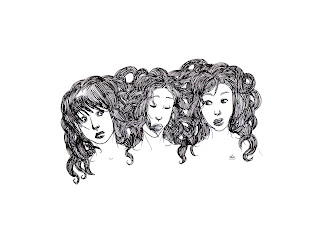 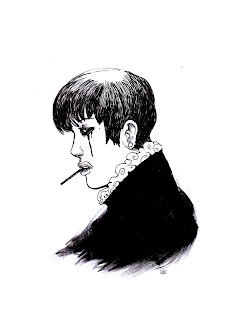 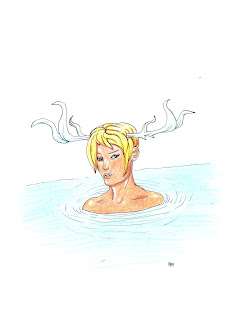