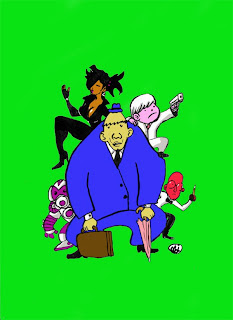 so, with a monumental, albeit anti-climactic past two weeks.
I've been running in circles as to where i am and will be in life.
it's a heady situation, working, drawing, repeating the cycle,
and drowning out the outside world with my Ipod.

Certain relationships end, and others are created or restarted.
Very unpredictable, although, I feel i kind of evolved in the fact
that I haven't become a total emotional basket case.


Anyways, some glimmers of hope come through
with my sense of fashion. while i am no SoHo glam
machine, I do dress casually, but not grotesque
as i did as a teenager. (bleached hair, black clothing,
spikes and a gas mask attached to my belt buckle)

I do feel like i do well clothing wise because i keep trim,
but ever since i walked into UniQlo down on soho, i've become
a nut for graphic tees. Now I do have a love and respect for
manga and anime, but i currently don't watch anything current.
I'm not a snob or elitist on that front, i'm just kind of not hip on
what's good. I'm not an otaku or a narutard or
whatever, because I have a litmus test on myself for my
outward geekness.

But Uniqlo has some beautiful print shirts that have
manga inspired shirts that are actually made so well,
and artistically so that i don't look like a complete asshole
wearing them. Only my heavy rimmed glasses and
fauxhawk do that job. (and i'm gettign older, sigh!)

but I've picked up a considerable amount of graphic tees
from Uniqlo, and I'm just insanely in love with the
GO NAGAI creation DEVIL-MAN. the story of a young
guy named AKIRA who gets into some shenanigans and
finds himself sharing his body with a repressed demon
called AMON then hilarity or actually disturbing stuff
ensues. I'm not very educated on the manga itself,
but i've seen basically all the OVA's and let me tell you
they're quite eye-opening in their execution. I like
storylines that deal with the fragile human psyche
and duality and stuff like that, so i'm a sucker for it.
unfortunately it was made into the
worst live action japanese film I ever wasted 2 minutes on.

Fortunately Uniqlo has some beautiful print tees
of devil-man and i had to snatch them up.
I didn't get them all though, because some were
just poorly designed sadly. (and i'm a nerd who
in the early 2000's went on a furious search for all the
FEWTURE TOYS Devilman figures ... they are like the best.)

anyways uniqlo has an awesome array of
shirts on their second floor which is completely
manga inspired, and they got all their disgustingly
overpriced skinny jeans on the third floor!

(although to note, I did once not wear an electric
blue shirt that had a huge manga girl face on it,
because I went on a date with a girl who happened
to be from Japan. that's because in my paranoid
mind i thought she would think i was some sort of
Asian obsessed weirdo. which isn't true, i'm merely
obsessed with myself!) and later, a Puertorican Girl
thought the shirt looks good on my RIPPLING MUSCULAR
FRAME!

*said shirt is in this pile. 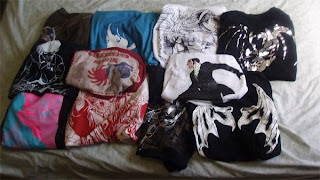 Posted by alexmercado at 9:16 PM No comments: 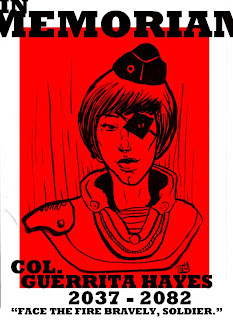 Johnny Rockets in st. marks sucks. it's a 3rd rate mcdonalds
with a 50's air. (I'm a total food snob now that I read
Karen's blog KESENAI. but i can't afford where
she goes to, so i'll just review 3rd rate toilet bowls instead
with one run-on sentence)
BUT the Artie lange cupcake from CRUMBS is downright
sinfully delicious!
Posted by alexmercado at 3:43 PM 1 comment: 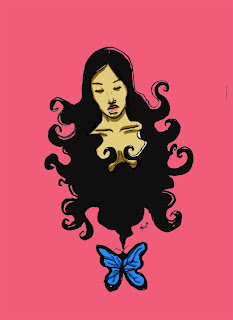 merhh!
Posted by alexmercado at 7:25 PM No comments: 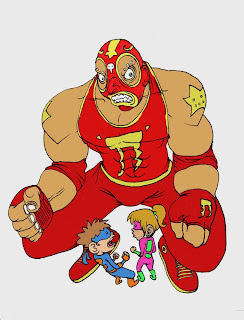 WERD.
Posted by alexmercado at 10:20 PM No comments: 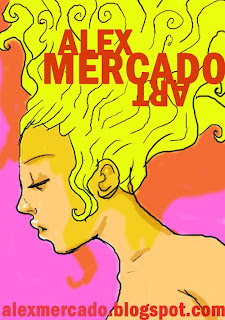